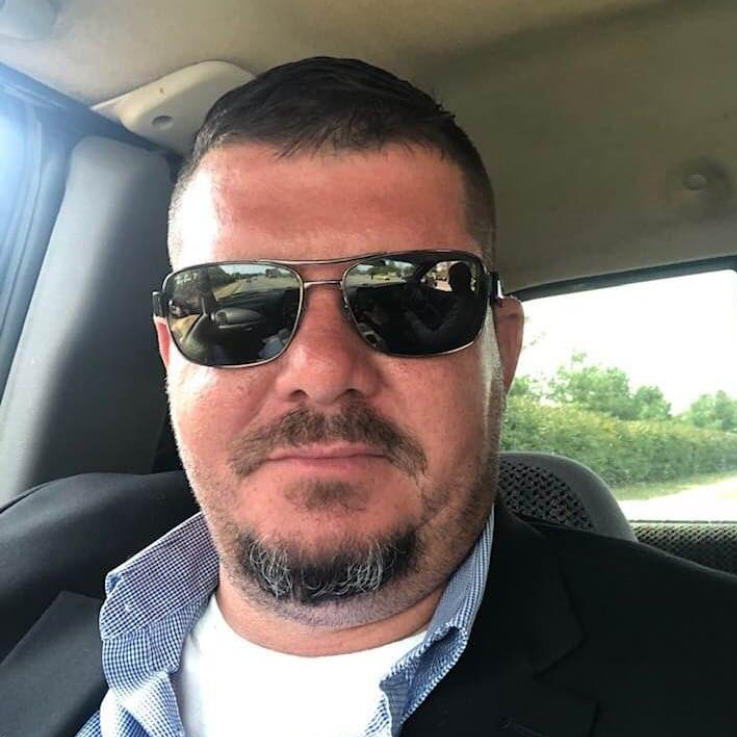 Today we’re highlighting Jason, a Group Leader out of the Aldez location in Georgetown, Kentucky. Jason, like many of our employees, has an interesting background, which makes him a great employee to illustrate the melting pot of employees we have on the Aldez team.

Jason comes from a long line of farmers. In fact, the family farm has been in the family for 198 years.  His 400-acre farm houses a commercial herd of mostly angus cows as well as corn and soybeans. As a 6th generation farmer, Jason has learned the highs and lows of farming.  He was taught that farming is hard and can be hit and miss, and the importance of being prepared for that.

At age 19, Jason took on an automotive factory job to supplement the income from the farm. He spent 18 years managing his time and efforts across the automotive work and the farm until he decided to take a break to farm full time.

But someone like Jason is not one to sit idle, and while he still had the work on the farm to keep him busy, he quickly became bored. He decided he wanted to get back into automotive. “I had heard about Aldez being a great company in the area,” shared Jason.  “So, I jumped online and read some employee reviews to confirm what I was hearing.  It was after that when I decided to apply.”

Jason applied for a vacant Team Leader role, but it’s no surprise with his experience and work ethic that he moved up quickly to the Group Leader role he holds today.  On his first visit to Aldez, Jason met with the human resources representative.  He immediately noticed the unique blend of cultural values.  “Everyone was professional but warm and easy to talk to.  And you can sense the high standards for candidates that they balance with their interest in getting to know you as a person,” says Jason.

Jason quickly learned that the team was like a family.  He enjoys the respect and care that the team members have for one another.  This family mentality means that everybody has each other’s back both in and out of work.  “You constantly hear stories of folks helping each other out, even outside of work.  For example, recently a co-worker’s wife had her car break down and another employee who was getting off shift volunteered to stop by on his way home to give her a hand,” Jason said. “It is the camaraderie and the way people get along here that gives Aldez better results on business outcomes.”  He feels this is unique­— he’s never worked in a place that has that before and he thinks it is important for people considering coming to work at Aldez to know that it is a family atmosphere.

Jason believes the culture is this way because it starts at the executive level. Even the highest-level leaders at Aldez show interest in individual people and their livelihood.  At all levels, the managers help people to be successful, not push them to be successful. He cites an example from when he first met Mike Wilder, the Vice President, Managed Services and Implementations. “We were having an issue with our folks needing crane training and the schedule wasn’t lining up with the need to complete the job.  When I told Mike he immediate said that Aldez will do whatever it takes so your folks could be successful,” shared Jason.  “He went to work on it and in a week and a half he had it solved.”  It is this kind of urgency, care and diligence that makes Aldez a great place to work for Jason.

He appreciates that Aldez will take on whatever the client needs. It starts a cycle of appreciation that comes back, where the client really appreciates it and tells the upper management, the upper management is pleased with it and can’t say enough good things about the team, and all of this gets passed along to team members, who can feel good about what they do on a day to day basis.So, what’s in Jason’s future? “I would love to continue to move up at Aldez beyond my current level and help grow this business,” says Jason with conviction.  As for the family farm? “The farm will always be there,” he says. “I have a daughter that’s 13 years old and she loves it and, hopefully, she will take it when I’m done; carrying on the family tradition.”